To Be a Work Camper and Work Camping

What does it mean to be a Work Camper and Work Camping?

Work Camping, a portmanteau, blending "work" and "camping," is a form of tent or RV (primarily) camping involving singles, couples or families who work part-time or full-time. The people who are Work Camp can be called Work Campers. A Work Camper combines part-time or full-time paid or volunteer work with RV or tent camping. Work Campers generally receive compensation in the form of a free campsite, usually with free utilities (electricity, water, and sewer hookups) and additional wages. Work Camping positions can include working at campgrounds, RV resorts, mobile home communities, Christmas tree or pumpkin sales lots, amusement parks, motels/hotels, national parks, state parks, U.S. Army Corps of Engineer locations, national monuments, lighthouses, retail stores, food service, sales and more. Many Work Camping positions are filled by couples who can share the labor, though having a partner is not a requirement. Work Camping is particularly popular among retirees. But some Work Camper jobs are low-paid, hard work, and some Work Campers travel around the country because they can't find work any other way.

While year-round Work Camping jobs do exist, the majority of Work Camping positions are seasonal-from March/April/May to September/October in northern states or at high altitudes, and during the winter for southern climates, including Florida, Texas and the Southwest.

Camp Hosts
Volunteer camp hosts generally trade their labor for a free campsite, without any additional compensation. Because of minimum wage restrictions set by the Fair Labor Standards Act, volunteer camp host positions are generally limited to government-run campgrounds. The National Park Service, National Forest Service, Bureau of Land Management, and Corps of Engineers all use work-campers to staff many of their campgrounds. Work campers can also volunteer their time at charitable organizations like education facilities, children's homes/camps, animal shelters, etc.

Volunteer camp hosts who work at campgrounds are typically expected to work 10 to 20 hours per week. Their responsibilities can vary by location, but typically these camp hosts collect fees from campers, help campers find available sites, answer questions, and watch for problems. Camp hosts often are given a well-marked and highly visible site near the front of a campground, so visitors can find them easily. Though camp hosts may only have to work a few hours total during the day, this work can be spread out in short increments from early in the morning to late at night. Camp hosts must be comfortable having strangers knocking at their door at odd hours. The average Work Camper would both be described as "people persons" who likes to meet and interact with others.

Paid Work Camping Positions
Paid Work Camping jobs can demand up to a full 40 hours per week of labor, though most require less, particularly when a couple splits the work. Paid positions can be at amusement parks, campgrounds, RV resorts, motels/hotels, tourist locations that have retail areas, web site sales fulfillment centers, etc. Retail companies recruit Work Campers for full and part time sales and management positions, some earning commissions in addition to their base pay. Commissions can also be earned with sales jobs and working at a Christmas tree/pumpkin sales lot. Most employers of Work Campers have RV hookups on site, or they will provide hookups at a close-by RV park or campground.

Most paid camp host positions are with private campground operators, who either own the campground or operate the campground under contract with a government entity. Paid camp hosts are responsible for all the duties expected of volunteer hosts, but also are generally expected to clean bathrooms, remove trash from the public areas, and perform light maintenance (such as painting, raking and mowing).

Finding Work Camping Jobs
There are numerous resources available online to find work camping jobs. Some sites require registration and payment before you can see the job listings, such as Work at KOA and Workamper News, yet other very popular sites allow you to see job listings completely free, such as CampgroundMaintenanceManager.com, WorkampingJobs.com and Workers On Wheels. These sites advertise positions of all types: camp host, maintenance, housekeeping, office help, management, retail, grounds keeping, activities, pool maintenance, gate guard, security, general labor and more. No matter what type of position you are looking for, you can find a great Work Camping job at any of these sites. For even more options, a quick search on your favorite search engine will do the trick. 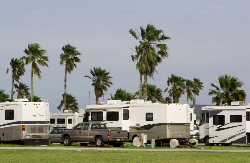 Read what Campground Owners, Managers and Work Campers are saying about our website and CMM Software. 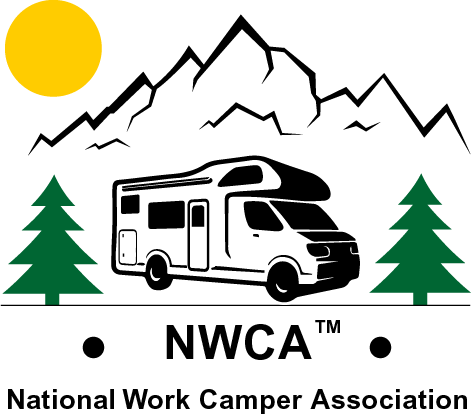 CMM founded the NWCA™ as an Advocacy Group whose focus is to provide information and support for CMM Work Camper members.

This includes Work Campers of every ethnicity, gender, religion, sexual orientation and disability.

The NWCA™ “mission” is to increase social awareness regarding relevant issues important to today’s growing number of Work Campers.

CMM and NWCA™ benefits and privileges are FREE to all CMM Work Camper members.

Whether you’re an active Work Camper or considering joining the growing number of Work Campers, we invite you to read the Work Camper Bill of Rights. Knowing your rights is the first step to protect, promote, and maintain a healthy work environment and sense of well-being. We love hearing from are members. Contact us with advice and suggestions that we can pass on to Work Campers, Campground Owners and Managers.

"Ready to upgrade or sell your RV? Click the RV Trader logo to join millions of people searching on RV Trader each month for their next RV. CMM members and visitors receive $10 off the Enhanced listing! Visit RVTrader.com/sell-rvs and post your listing in minutes, select the Enhanced package, and enter the code CMMTEN."